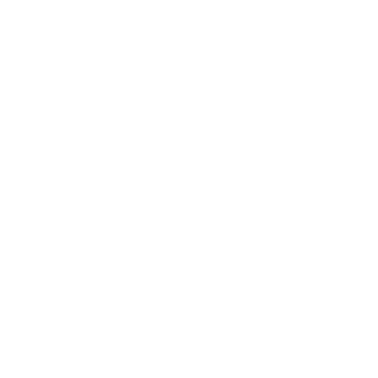 Some of you may already know that TriBike Transport began the 2020 season by shipping bikes to IRONMAN® 70.3® Puerto Rico, only to be turned around as soon as our team landed at the airport in Puerto Rico. We want to give you some insight into the process that led up to and followed the disconcerting but necessary cancellation of the race from our perspective.TBT was still in normal business mode late February and early March as the COVID-19 events unfolded around the world. We did, however, keep a close eye on triathlon events we were scheduled to ship to in the upcoming weeks, including IRONMAN® 70.3® Puerto Rico. Beginning February 28th we picked up 130+ bikes from our Partner Shops across the eastern United States (east of Colorado) and sailed them to San Juan, Puerto Rico from Jacksonville, Florida on March 6th for the start of the 2020 race season.On March 12th, Thursday before the race, Taylor Essick, TBT’s SVP, and Chris Cosgrove, VP of Operations, boarded a flight to San Juan. Prior to boarding, they contacted the IRONMAN® 70.3® Puerto Rico race director, Arturo Diaz, to make sure the race was still a go. State and local governments in various places across the country were just starting to declare states of emergency, shutting down businesses and asking people to shelter at home. This was in the very early stages of COVID-19 for the U.S. and, like most people, we were unaware of the gravity of the situation. Taylor and Chris wanted to make sure they still had jobs to do in San Juan. Arturo said, “The race is happening come hell or high water.” That’s all they needed to hear, and confidently took their seats on the 2.5 hour flight from Atlanta to the beautiful island of Puerto Rico.Chris and Taylor arrived at the Luis Muñoz Marín International Airport at 3:00 in the afternoon and immediately received a text message from the race director who had been trying to call them. The Governor had declared a state of emergency for Puerto Rico while they were flying, and all events were shut down. The race was cancelled.

Shock/disbelief came first. The bikes had already arrived and were waiting at the port to be unloaded.

They called Arturo: Can we hand out bikes to athletes that are already here and let them ride a few days? Unfortunately, he said no. The government stated there would be absolutely no unloading of anything nonessential. Set up at the expo had come to a screeching halt and workers were scrambling to pack back up and get home. The mandate was to discourage any gatherings. All of this makes sense now, but to some of our athletes who were already on the island, it was confusing. If they couldn’t race, they wanted to at least ride their bikes. We didn’t blame them. We’re athletes, too, and understand the desire to move our bodies, especially after taper week. We wanted to give them their bikes, we just weren’t allowed to do it.

Taylor and Chris had to make a plan.

Number one, they contacted the shipping company and secured a ride home for the bike container. The container was put on the very next boat to Jacksonville, FL. Second item: procure flights home immediately to make sure they didn’t get stuck riding out the pandemic away from their families. They flew back to Atlanta, and then on to Asheville, NC, the very next day. Once home, Chris started working on the third item of the plan: deciding whether to return the bikes to our customers now or later. We had three choices:

Considering the three options we had, we continually came back to the bottom line, that our customers needed their bikes. To stay healthy, to stay active, to stay sane. Sure, some may have a second bike they could get by riding, but many don’t have that option. Athletes need their bikes, especially at an extraordinary time like this; as we watched events unfold across the globe, we realized the country may be in isolation for quite a long time. We wanted our customers to have the best possible experience as the world nose-dived into the COVID-19 pandemic.As we deliberated we kept up on government guidelines about inter-state travel within the states our drivers would be working. We checked the news as much as possible, and searched the internet for travel restrictions, paying particular attention to the Northeast, where things were really starting to lock down.Every new government announcement was taken into consideration, however, nothing that came up at that time seemed to affect returning the bikes. We did understand things were happening fast and the longer we waited the harder it was going to be to return the bikes.We contacted our partner bike shops for their open hours. Some would be open, some with limited hours or by appointment only, and others would not be open at all. We soon realized we would not be entering any of them so didn’t need them to be open for our deliveries. Connecting with them, while not necessary once we knew how we’d handle dropping off bikes, added some comfort into our days of watching the world go into hibernation.We also contacted hotels in the states we’d be in, and around the areas our drivers would most likely spend nights. Most were open. They ensured us of their sanitization protocols on each call, and then again upon our driver’s arrival.In the meantime, we had to furlough most of our employees and start putting the business in sleep mode. We were heartbroken.

Once the decision was made to return the bikes via trucks, we launched into executing this last part of the plan.

The bikes arrived at our warehouse in Asheville on Thursday March 19th. Friday was sorting and loading day, Saturday the start of the bike returns.Four of our team members volunteered to return the bikes: Our Operations Manager, Mike Zimmerman, one of our Drivers from Asheville, Matthew Perry, another Driver from New Jersey, Jefferson Gonzales, and Marc Lauzon, our President. Taylor and Chris helped Mike and Matt load their 2 trucks with 25+ bikes each. Mike and Matt took off on their routes on Friday. Jefferson arrived Saturday morning, and along with Taylor and Chris loaded his truck with 50+ bikes. He promptly hit the road. All the guys wore gloves and masks and stayed away from each other as best they could as they unloaded the container, sorted the bikes, and then re-loaded the trucks and trailer.Chris and Taylor loaded one of TBT’s trailers with the remaining 25+ bikes. Marc was the last to arrive on a flight into Asheville from Denver on Saturday the 21st of March. He picked up a ride straight to the warehouse, got in a truck and drove off with the trailer of bikes behind him. His first stop would be in Cincinnati.

Over the course of the next 4-5 days, we took every precaution to ensure we were not spreading the virus as we returned the bikes to shops in 20 states.

The arsenal of cleaning products each driver carried[/caption]The three rented trucks were sanitized by our team when they picked them up. The one truck that would pull a trailer was also sanitized for good measure, although it hadn’t been used since late 2019.Each driver was given gloves, hand sanitizer, masks, sanitizing spray, and sanitizing wipes for the road. The specific instructions were to unload bikes at each partner shop wearing gloves and a mask before customers arrived. Hang the bikes on a bike rack in the parking lot area, and then stand back at least 6 feet as customers arrive to pick their own bike from the rack. All of our IRONMAN® 70.3® Puerto Rico customers were contacted with the date and time of pick up at their specific partner shop.Jefferson, who drove the North East route, did not go into New York City in order to limit exposure for himself and our Partner Shop employees. Instead he dropped off three bikes into our storage in New Jersey where the bikes remain to this day. One of those customers did not need his bike, and the other two were sheltering out of state and unable to pick up. Once the coast is clear, we’ll get those bikes to their owners. Customers were mostly grateful and observant of our new protocol. However, some were already descending into fear; looking angry, bothered or suspicious, some reminding their spouses/partners, perhaps in louder than normal voices, to stay 6ft back from the TBT driver. It was a scary time facing the unknown as the country slowly shut down.Some customers couldn’t make it to the bike shop at the specified time, so while our drivers didn’t go near customers, they did hand deliver bikes to homes when necessary. Usually a garage door would be left open for our driver to drop the bike. No human interaction. [caption id="attachment_1046" align="alignleft" width="266"]

Jefferson en route in the North East[/caption]The drivers faced many challenges on the road, all of equal notability. Food was scarce, restaurants had shut down, grocery stores where low on food and the lines were long and unbearable. While hotels were open, they eliminated their breakfast bars, which are a staple on the road when under pressure of time. The empty streets of the towns and cities were eerie and dystopian. People wearing masks and avoiding any bit of closeness made life on the road even more lonely than usual. Staying ‘sanitized’ was a constant thought and threat. Jefferson thought of his 3 children each time he sanitized his truck, his hotel room, his hands. He knew there was no such thing as too much . . . . Marc knew he would be quarantined when he got home no matter what. He still kept sanitizing, as did Mike and Matt. We minimized travel and contact with other people as best we could. There was one flight taken by Marc from Denver to Asheville. He was armed with hand sanitizer and masks and only encountered 15 people on the 737 that was his carriage. He then drove the Midwest route in one of our company trucks which now sits outside his home in Colorado waiting to be put back in service. Jefferson picked up a rental truck in his hometown of Elizabeth, New Jersey, drove to Asheville, picked up the bikes and drove the North East route to return home. Mike and Matt live in Asheville where they rented trucks, then drove loops for the Texas route and the South East route respectively.Chris remained close to the phone as the four drivers made their way through their routes; he called customers for early or late pick ups, helped contact no-shows and coordinate home deliveries. Since the return of the final IRONMAN® 70.3® Puerto Rico bike in March, we have been working on a constantly evolving race calendar, answering the few emails and phone calls that come through, and all around preparing for a very busy late summer/fall season. Our furloughed employees have been receiving unemployment insurance and waiting to hear from us when the time is right. We can’t wait to contact them with the news we’re getting back to work. But until that time comes, we pray for this pandemic to end easily and gracefully. We pray that you, and all of our customers, partners, co-workers, friends and family stay safe and healthy as we navigate this exceptional new way of life. We look forward to the day we can see our friends and families in person, share meals and hugs and time together. And within all of that, we also look forward to the first triathlon of 2020. Which one will it be? We’ll start taking your bets now. PS: No virus symptoms have appeared for any of the drivers or employees that worked on the IRONMAN® 70.3® Puerto Rico bike returns.